Briggs of Burton have been involved designing and building pressurised Metered-Dose Inhaler (pMDI) production systems. Briggs of Burton have provided a number of these systems to several major Pharmaceutical companies offering inhalers to relieve the symptoms of asthma and Chronic Obstructive Pulmonary Disease (COPD). Many of these projects used the bronchodilator Salbutamol as the Active Pharmaceutical Ingredient (API) that is suspended in a HFA-134a or HFA 227 based formulation, which would be transferred and filled into pressurised Metered Dose Inhalers (pMDI).

Briggs of Burton have provided p-MDI Systems to a number of clients on projects around the world including: USA, UK, Pakistan, France, Spain, Germany. A summary of our experience is listed below:

If you have a project requiring the Pressurised Metered-Dose Inhaler (pMDI) Production Systems or HFA Mixing systems then please contact the Briggs Pharma Team. 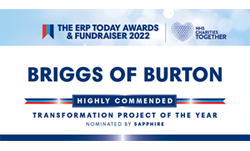